When Panzer Corps 2 launched in March we saw a very good critical response and we were joined by many thousands of players, all eager to fire up their Panzers and dive into classic WW2 gameplay on a beautiful new game engine.
With that launch there was also an offer of a Field Marshal Edition of the game that included the first two DLCs that will be coming to Panzer Corps 2.

Ever since Panzer Corps 2 was announced, a new Grand Campaign was by far the most frequent request which we heard from our players. It was hardly surprising, because the Grand Campaign was the most popular series of DLCs for the original game. We always listen to wishes of our community and give such things top priority. Axis Operations is our response to all of the people who wished for the creation of a new Grand Campaign. Simply put, it will be a series of campaigns that can be linked together, to form one giant, potentially 100+ scenario, behemoth of a campaign.

The Wehrmacht Campaign in Panzer Corps 2 is a good introductory campaign which many players have enjoyed and learnt the basics of Panzer Corps 2 gameplay in the process. But it was not without problems. Some issues which you, the community, raised were: missing mission debriefings, degrees of victory, historical heroes and the need for more varied objectives. In general, some players felt that the campaign did not offer enough storytelling and immersion in historical events.

Axis Operations will address all these issues. There will be more storytelling and interesting characters in these campaigns. There will also be a lot of innovation in terms of gameplay features, mission design, bonus objectives and rewards for fulfilling them, and more. The AI won’t remain the same either, so be prepared for some nasty surprises from your computer opponent!

The original Panzer Corps Grand Campaign stretched from 1939 to 1945, covering a whopping 144 scenarios. Our aim is to go bigger and better for the new Axis Operations. Even though Panzer Corps DLCs covered a lot of historical ground, we will still visit lots of places never explored before, and battles which you’ve never fought in the past. Find it hard to believe? Read on.

The first two DLCs included with the Field Marshal Edition of Panzer Corps 2 represent the first two links of the Axis Operations chain.

For starters we aren’t going to begin in Poland this time. We’re turning the clock back a bit further and the first campaign of the Axis Operations takes the player to the prelude to World War II, the Spanish Civil War, which we will be releasing on July 16th.
This campaign will give players the opportunity to experience content that not even the original Panzer Corps, with its extensive library of DLCs and expansion packs, managed to cover.

In Spanish Civil War you take command of the Condor Legion and in line with the Grand Campaign traditions you will be able to transfer your veterans, hardened by three years of fighting in Spain, to the next campaigns.

A unique and innovative feature of the Spanish Civil War campaign is how you will communicate and coordinate with your AI-controlled allies. Nationalist Spanish troops are not under your direct control, but you will still be able to issue high-level orders to your allies (like “Attack”, “Defend” and “Hold Ground”) so that their actions better match your own strategy. This creates a completely new experience never seen before in a Panzer Corps campaign. We can’t wait to hear your feedback about this new way of playing. 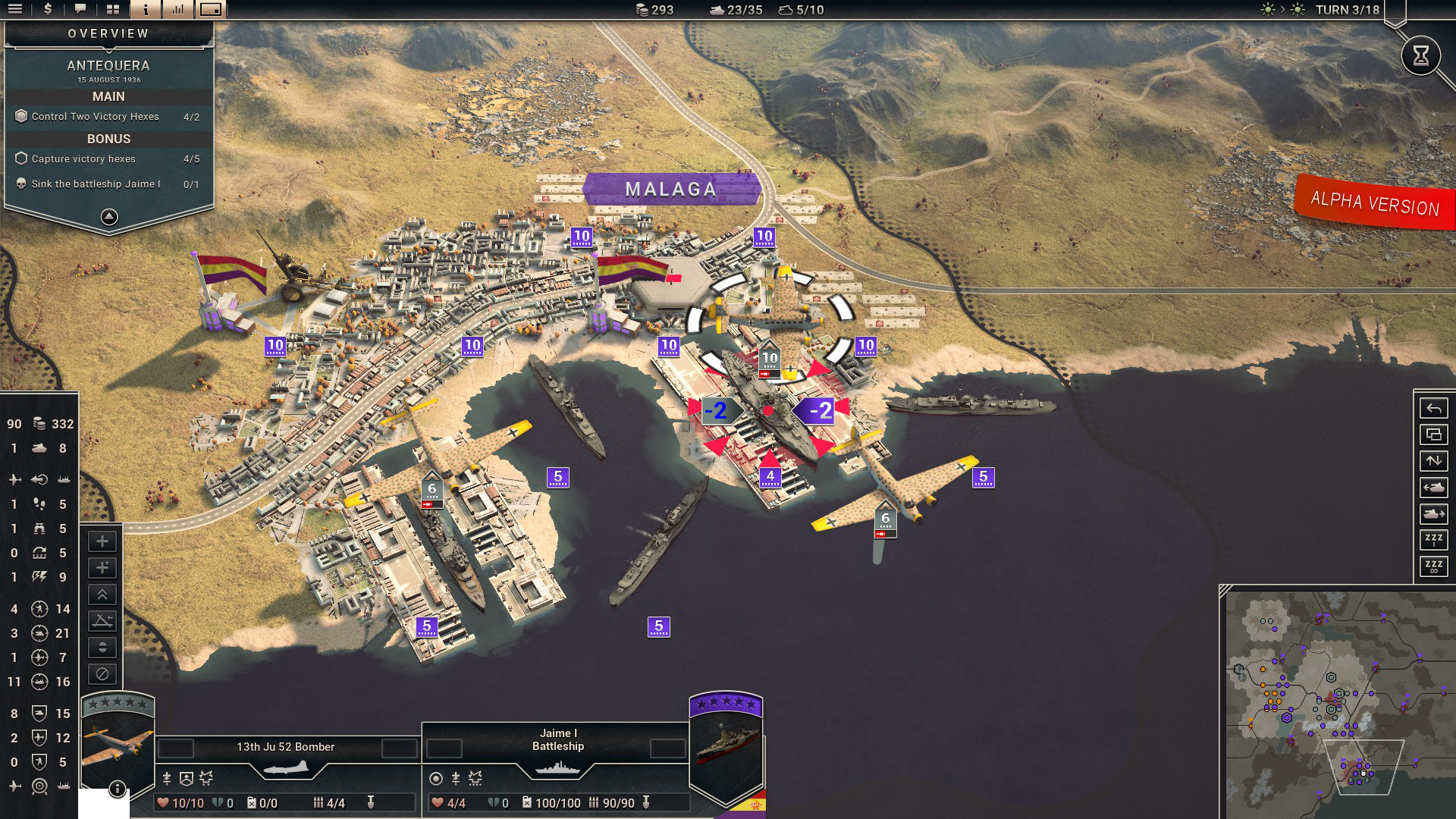 The next part of our future content plans will release on August 27th, and it will be Axis Operations: 1939.

But once again… we’re still not quite in Poland yet. Axis Operations 1939 starts in March of 1939, which I’m sure our history buffs will recognize as the important date when Germany marched into Czechoslovakia.

That scenario, by the way, has some very unusual mechanics attached to it. If you’ve ever wondered why they call them Panzer 35(t) and Panzer 38(t) you’ll found out here.

After that… we’re still not quite getting to Poland just yet. Something else happened in 1939, a battle that might have actually changed the course of history. There was a French invasion of Germany! We’re going to explore that conflict.

To compare with the original Grand Campaign, we’re already looking at more than 20 battles worth of new content before we get to the fighting in Poland in 1939.

After 1939 is completed, once again your CORE force will be saved, so that they will be ready for the next instalment of the Axis Operations.

As mentioned above, the first two Axis Operations campaigns will release on July 16th and August 27th. We do have an extra surprise for all our Field Marshal Edition owners, though.

All of you who own the Field Marshal Edition will get priority access to the first two Axis Operations campaigns, a full seven days before their release dates!

Field Marshal Edition owners will be able to download, install and play Spanish Civil War on July 9th and 1939 on August 20th.

More information on both DLCs will be available in the future, with a complete description, scenarios list, details on new units and new screenshots!