Hello All! Today we wanted to revisit the topic of random scenarios and talk about missions, which you can play on various random maps we have shown before.

These are classic mission types familiar from Panzer Corps and other similar games. The attacker starts from a limited bridgehead (maybe more than one) and needs to conquer the rest of the map in the given time. It is possible to play such missions on random maps as well, both as the attacker and the defender. Such missions will also play a central role in random campaigns. 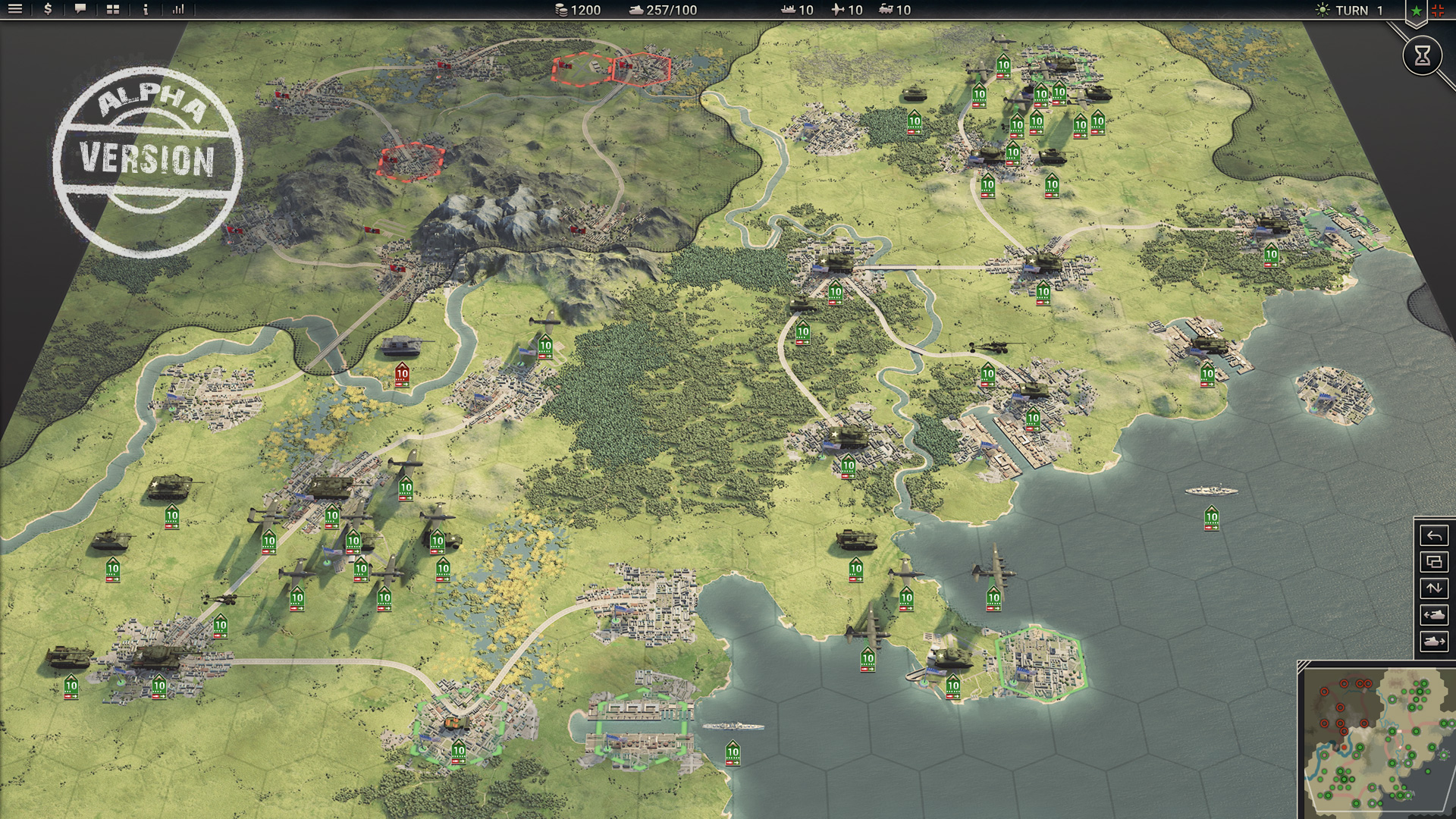 This is another all-time classic mission type, both for single player and multiplayer. Up to 8 players can play a Free for All mission, and they all start in an exactly the same situation, with a single capital city under their control, while the rest of the map is neutral and needs to be conquered. The goal of the mission is to eliminate all opponents from the map. There is a time limit as well, but it is quite generous and there is no need to rush. It is a perfectly valid tactic to sit and wait while the other players battle it out and weaken each other. But you need to make sure none of your opponents becomes too strong as the result. Each city under control increases player’s income, so a player controlling a large part of the map is getting stronger every turn. 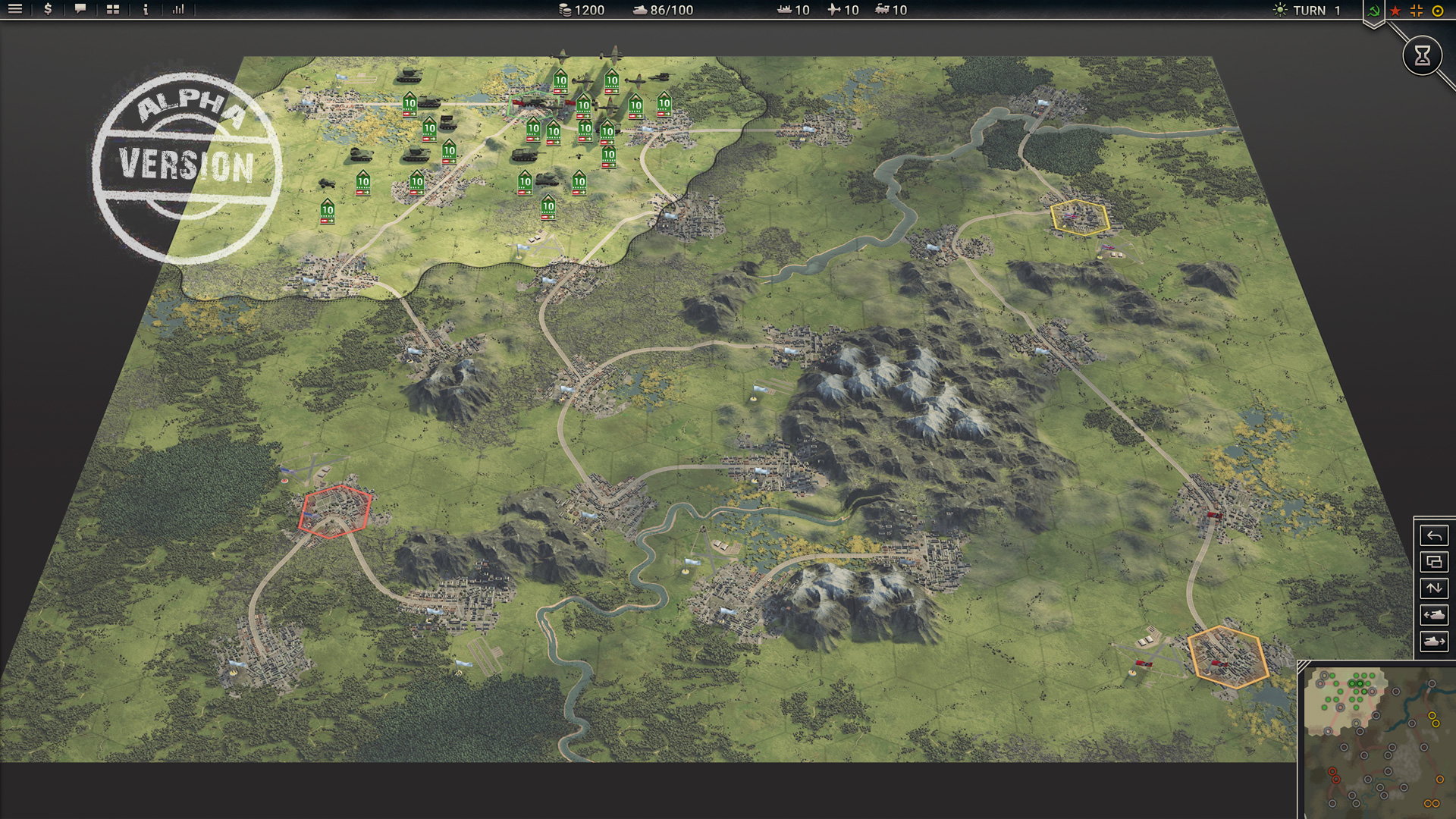 This mission type is intended specifically for players who think that other missions are too easy in single player mode against the AI. In a survival mission, human player is placed in the middle of the map, while all the opponents are in alliance and do not fight each other. The number of opponents can range from 2 to 7, and seven enemies attacking from all directions can be hard to survive indeed. 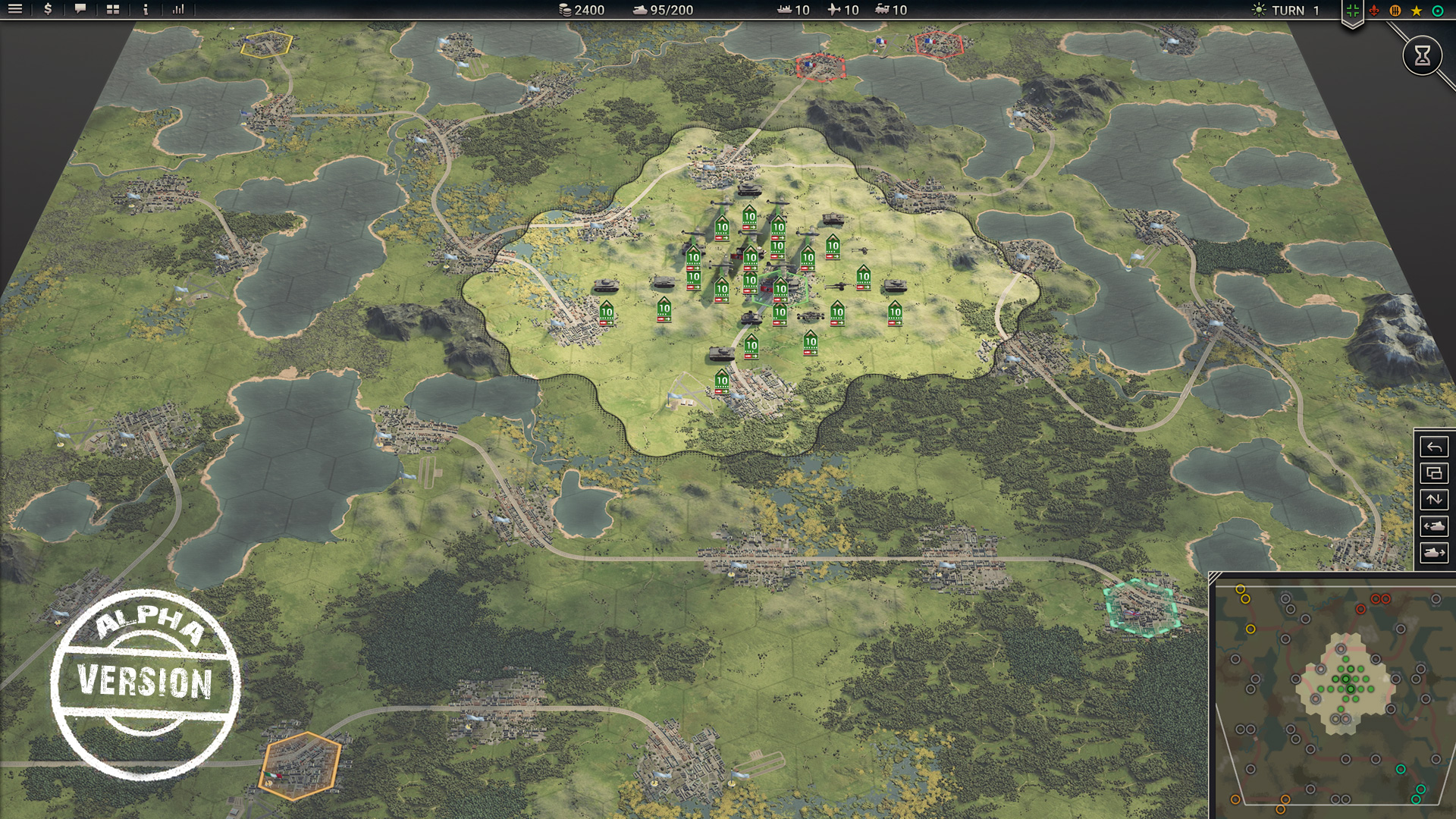 All four mission types described above can be played in single player or multiplayer mode. For example, it is possible to have 2 humans and up to 6 AIs struggling for map control in a Free for All mission. However, each mission type also has a “team” variant, where 2 humans play coop against up to three other teams. For example, it is possible to try and hold ground in a Survival mission together with your friend against up to 6 computer players.

In addition to mission types, there are several other parameters worth mentioning.

– Shroud. In addition to standard fog of war, it is also possible to cover the whole map or some part of it with shroud, which hides not only units, but flags and terrain as well. On such maps recon becomes much more important. Shroud is a standard option in some genres (like 4x), but in Panzer Corps series it appears for the first time.
– Neutral player. Normally, neutral cities on a Free for All or Survival map are empty and can be captured by any unit easily. However, it is possible to turn on neutral player which will slowly build up defenses in neutral cities every turn. With this option, planning capture of neutral cities becomes more complex. At the same time, your units can get some initial experience before engaging your primary opponents, which is especially useful in a Survival mission.
– Free deployment. By default, the game places random starting units for all players automatically. But it is possible to skip this step and have a proper deployment phase instead, where you will purchase and deploy your whole army, within the given prestige and slot limits.

Combined with different map types, all these options provide a lot of variety in random scenarios. This new playing mode is getting a lot of attention, and we sure hope that our players will enjoy it. However, the classic campaign mode is not forgotten either, and we are right now working on a massive new campaign for Panzer Corps 2. In one of the next dev diaries we are going to tell and show more of it. Stay tuned.

PS. In the past dev diaries many people asked why we are showing screenshots without hex grid. The answer is simple: this is how we play the game internally. However, in today’s post we have turned the grid on to show how the game looks in this mode.

“Funny, but I was afraid that graphics will be at the first place in new PzC, at the expense of playability. But it turns out that (at least at this point) the logical "layer" [...]

Hello All! Today we wanted to revisit the topic of random scenarios and talk about missions, which you can play on various random maps we have shown before. Attack and Defense These [...]