As 2018 is coming to an end, we are getting a lot of questions about the Panzer Corps 2 release date. Unfortunately, by now it has become clear that we won’t be able to release the game this year. This is something which some of you have already guessed, but we wanted to confirm it here so that there are no unrealistic expectations.

The game will be released next year, and we will announce the exact date as soon as we are reasonably confident about it.

After a deep dive into gameplay specifics in the last to issues of the Dev Diary, today we wanted to talk about a different topic. We have spent a lot of time lately polishing our random map engine. Let us take a look at what it can do.

Panzer Corps 2 is able to generate random maps of different sizes, and for any number of players from 2 to 8. These maps can be played both in single player and multiplayer mode. Random maps come in six primary types.

This type will be the most familiar to most Panzer Corps players. It has no bodies of water, besides rivers, and battles on such maps are 100% focused on ground and air warfare. Although scenarios generated on these maps are random, very similar battles could have happened in WW2 in real life. At the same time, it is great to explore all kinds of historical what-ifs, like allies fighting each other instead of Axis forces.

Continent maps might not look as fancy as the other types below, but there is a lot of gameplay to enjoy there. Perhaps more than in any other type. 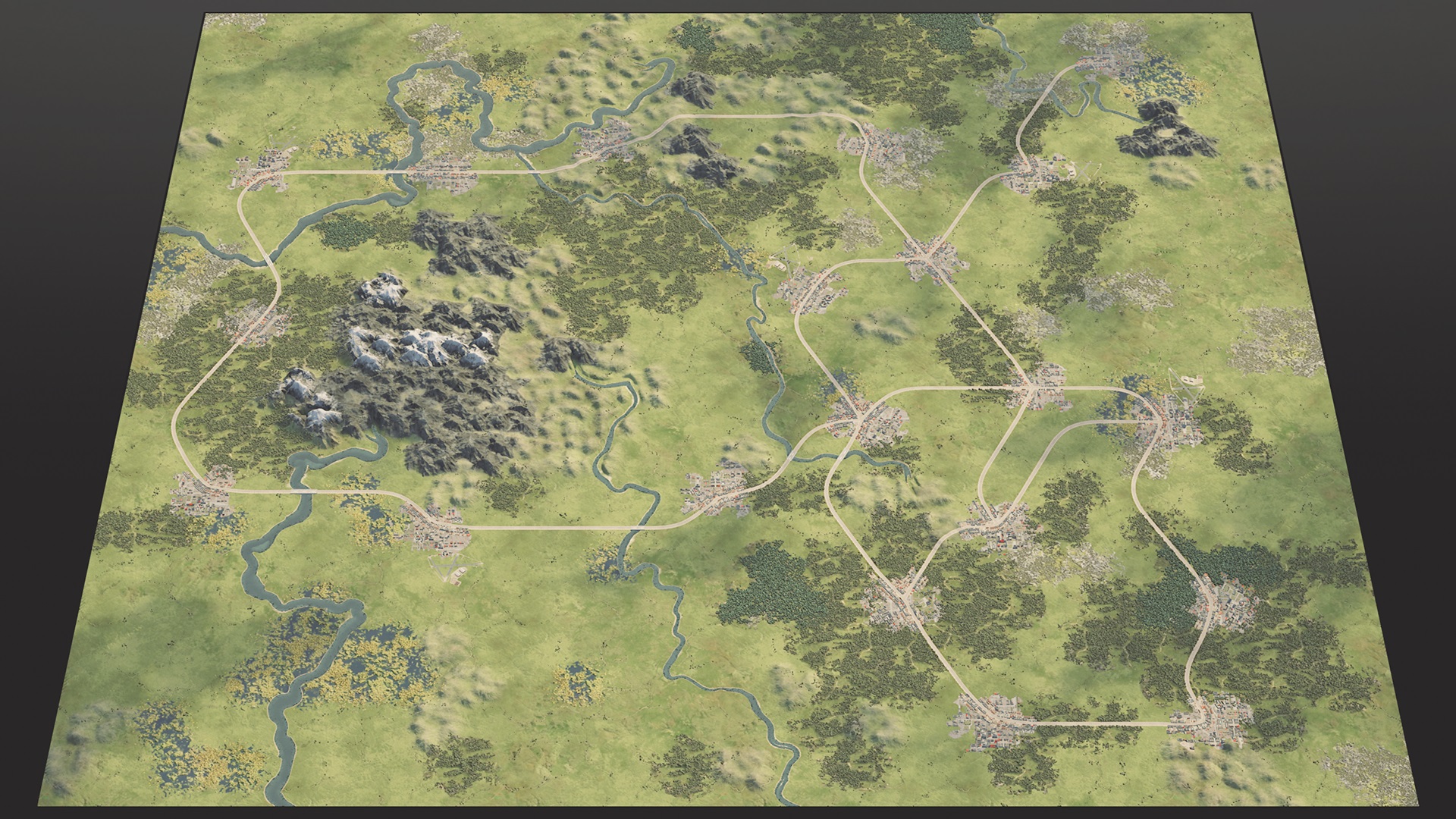 This map is similar to the previous type, but there is also a sea in one part of the map. Although naval component on such maps is limited, it cannot be ignored: if you don’t take advantage of it, your opponents will instead. An enemy capital ship bombarding your capital is not fun. 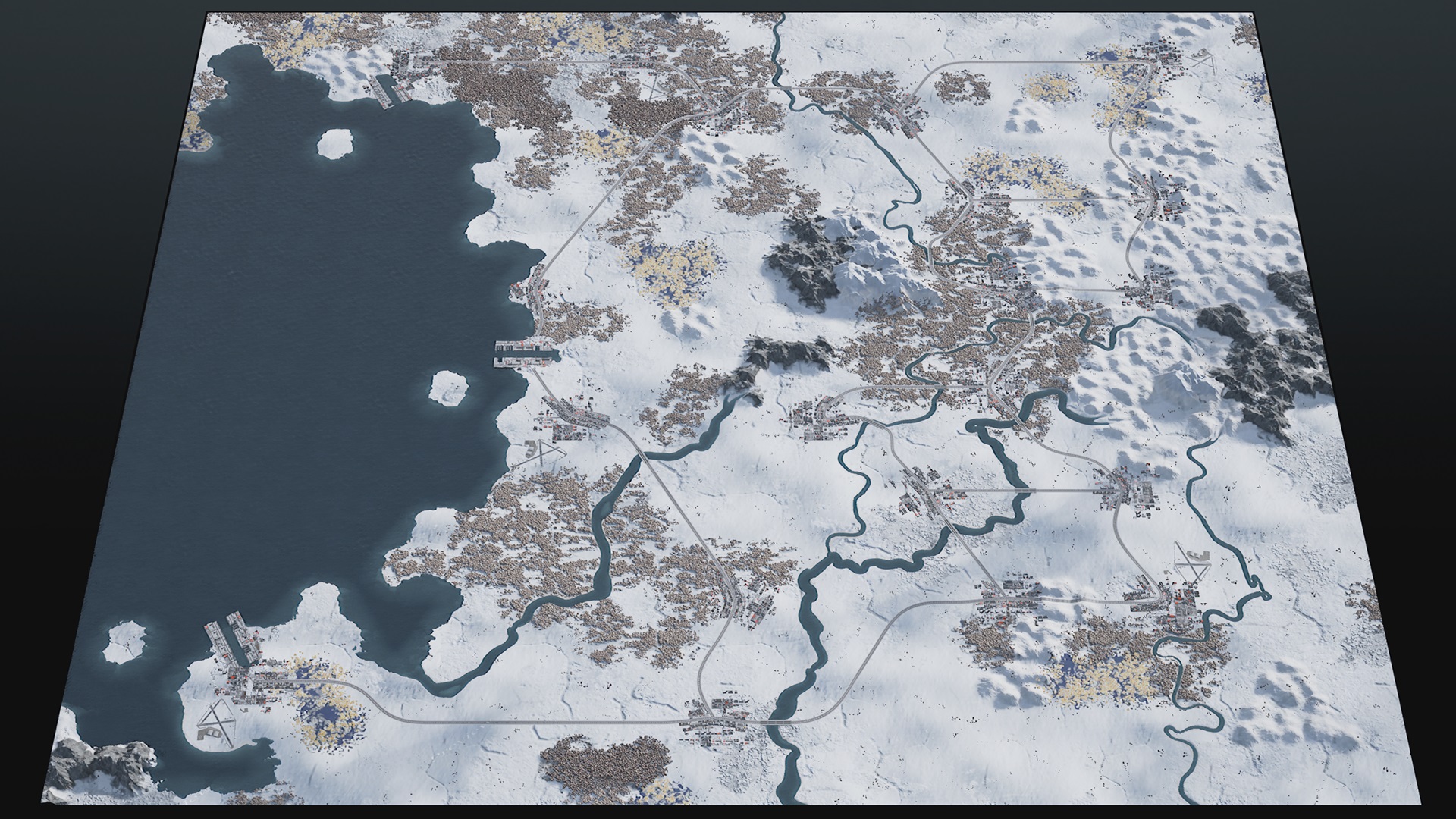 The name says it all; this map is one big island, completely surrounded by the sea. This map opens up a lot more space for naval warfare because you can easily reach any of the opponents by the sea and try to bombard their cities or surprise them by landing your troops behind their lines. However, battles on big islands are still resolved on the ground by the old trusty panzers. Superior strategy and tactics with your ground and air units is key to victory. 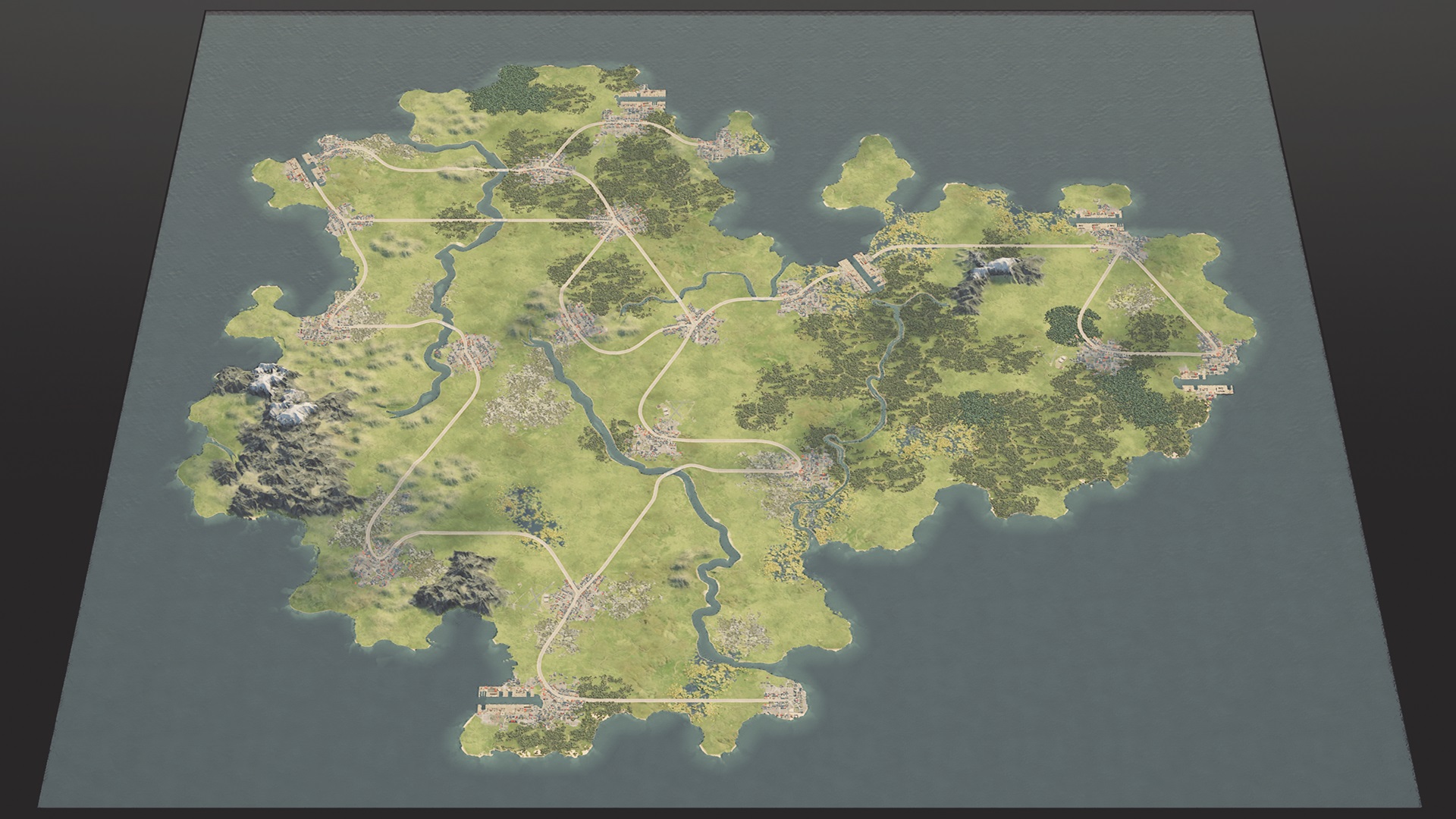 Each player starts on his own private island, and there can be a few more “neutral” islands to conquer. Island hopping campaigns were not typical of the European Theatre, but here you can get a taste of what it would look like if the biggest European powers clashed over the control of a remote archipelago. Expect lots of naval action, because the islands are small enough, and most land hexes can be bombarded directly by capital ships. This is probably the only map where you cannot win without a strong fleet. Air force is also important because aircraft based on one island can easily reach several surrounding ones. As for land battles, they are going to be smaller in scale but very fierce, because losing your home island will likely mean instant loss of the game. 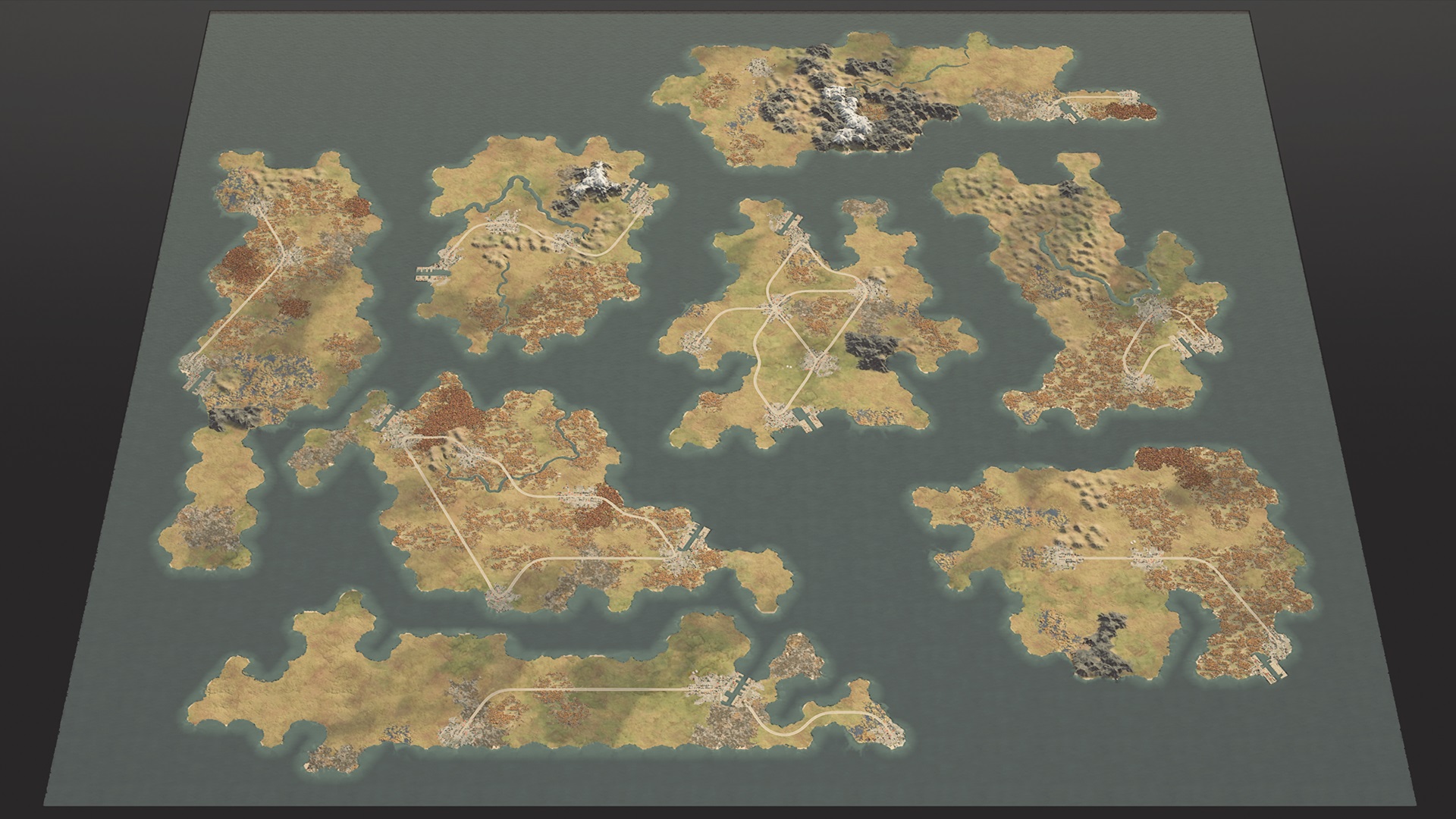 This map has one big lake in the middle of the map, while all players are placed on the coast around it. Another way to think of this type is “Big Island reversed”, with land replaced with water with land. This is another map with significant naval component because whoever controls the Lake will possess strategic initiative and can directly attack any of the opponents at any moment. So, expect large-scale battles both on the ground and for control of the Lake. Alternatively, you can play this map in winter, where you will be tempted to march your troops across the lake, but beware – the ice could thaw at any moment! 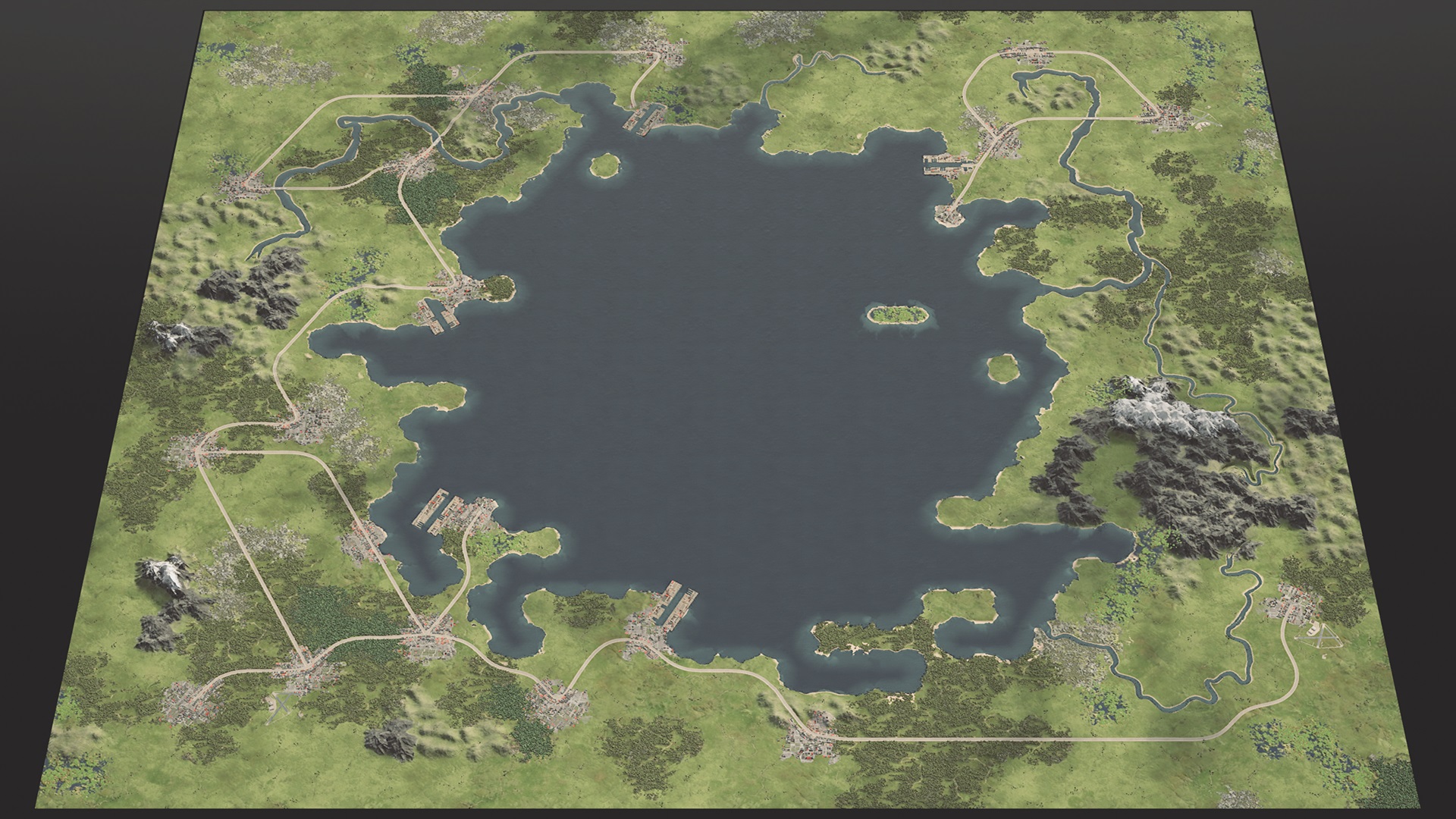 If you have ever been to Finland, which is often called “’the land of a thousand lakes”, you can easily imagine Lakeland. On this map, the land is dotted with lakes of different size, and although land mass remains fully connected, water gives it a very complex structure which you need to carefully consider when planning your strategy. The naval component is once again small scale in Lakeland, but you can still surprise your opponents by unexpected naval landings. Playing this map in cold season could be another fun option, because every time the lakes freeze, each player will try to use this drastic change in map configuration to his advantage. 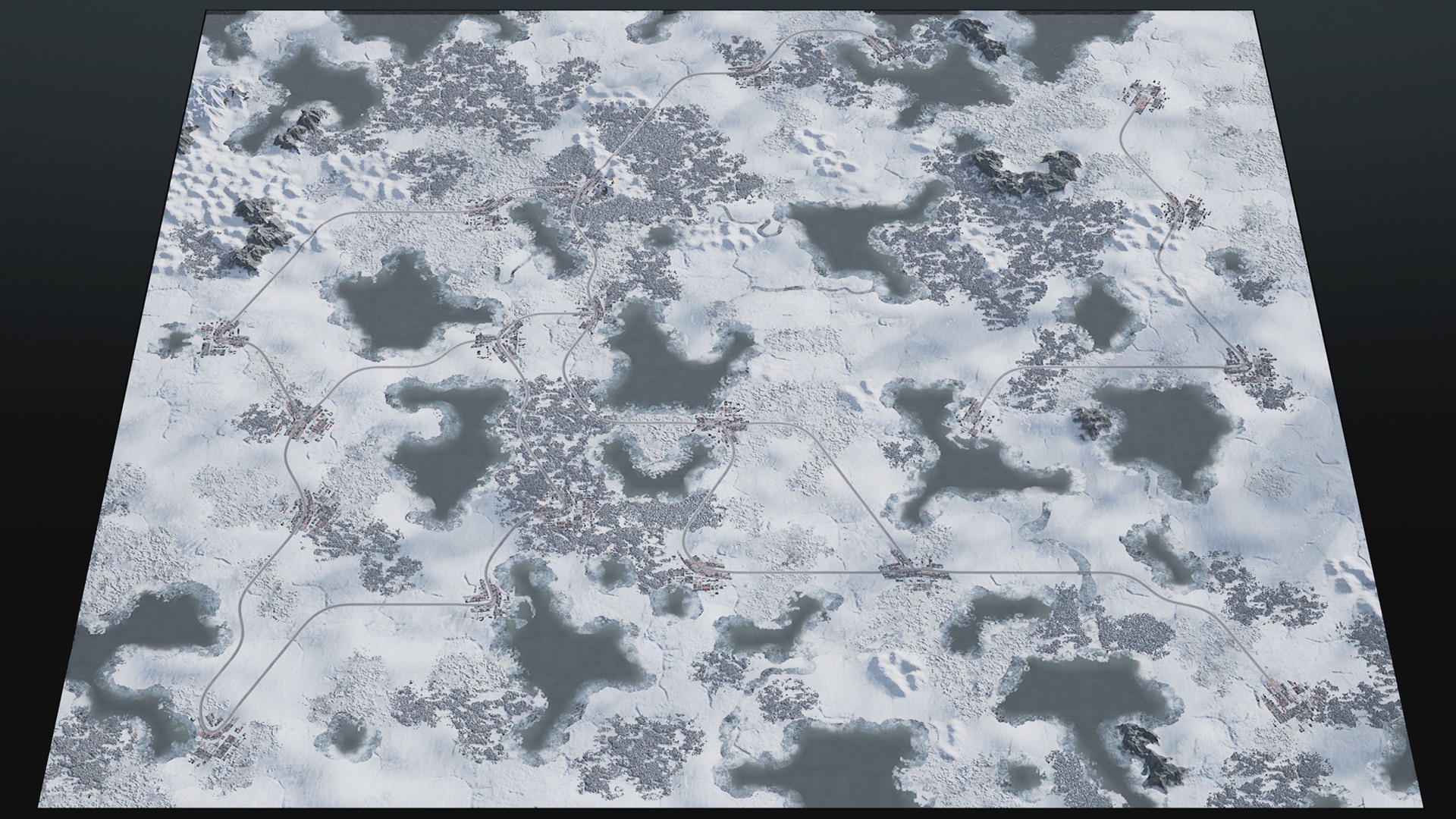 If there are any other types of random maps which you would like to see in Panzer Corps 2, let us know! And finally, in one of our future diaries, we will tell about various mission types which you can play on all these random maps.