Our previous dev diary on gameplay has sparked some very interesting discussions, so we have decided to follow up on the same topic and tell about a few more gameplay mechanics which are being changed in the sequel.

Although major and minor victories have been a signature feature of the series, we felt that this mechanic had a number of problems. In many cases the abrupt transition from major to minor felt extremely artificial. Players wondered why finishing on turn 10 is a major victory with all its inherent bonuses, but finishing on turn 11 is already a minor victory, and finishing on turn 9 did not give any additional bonus. The latter also motivated the players to linger in the scenario and “harvest” more prestige and experience before the major victory limit.

On the other hand, we found that many players refused to settle for a minor victory and had to replay a scenario several times in order to achieve a major. And this detracted a lot from the fun of the game.
To fix all this, we introduce a new approach in Panzer Corps 2. The faster you achieve successes on the battlefield (be it capturing flags, killing enemy units or forcing them to surrender), the more prestige you will earn for these achievements. And the final reward when finishing the mission will be based on the number of remaining turns. This will give you enough incentive to finish the mission as fast and as decisively as possible, but at the same time, you will not be punished too severely when you miss that major victory by a single turn because of the stupid random generator.

We felt that in Panzer Corps heroes were too numerous, to a point where getting a new hero was not so exciting any more. We are going to take a step back on this. The number of heroes which you are going to get in Panzer Corps 2 in the course of a campaign will be several times smaller. On the other hand, heroes will be more powerful and important in the new game.

Each unit can still have up to three heroes assigned to it, but we are adding controls to dismiss unwanted heroes and move them freely between units (within certain constraints, i.e. some hero abilities can be class-specific). This will allow you to concentrate heroes with synergistic abilities in a single unit without relying on pure luck.
Depending on the difficulty level, heroes can be wounded or even die when their unit is destroyed. But there is always a good chance that a hero will survive and can be assigned to a different unit before the next mission.
As for hero abilities themselves, we already have around 50 unique abilities in our list, and most of these are not simple stats changes, but more fundamental abilities affecting the unit and other units (friendly or enemy) around it. 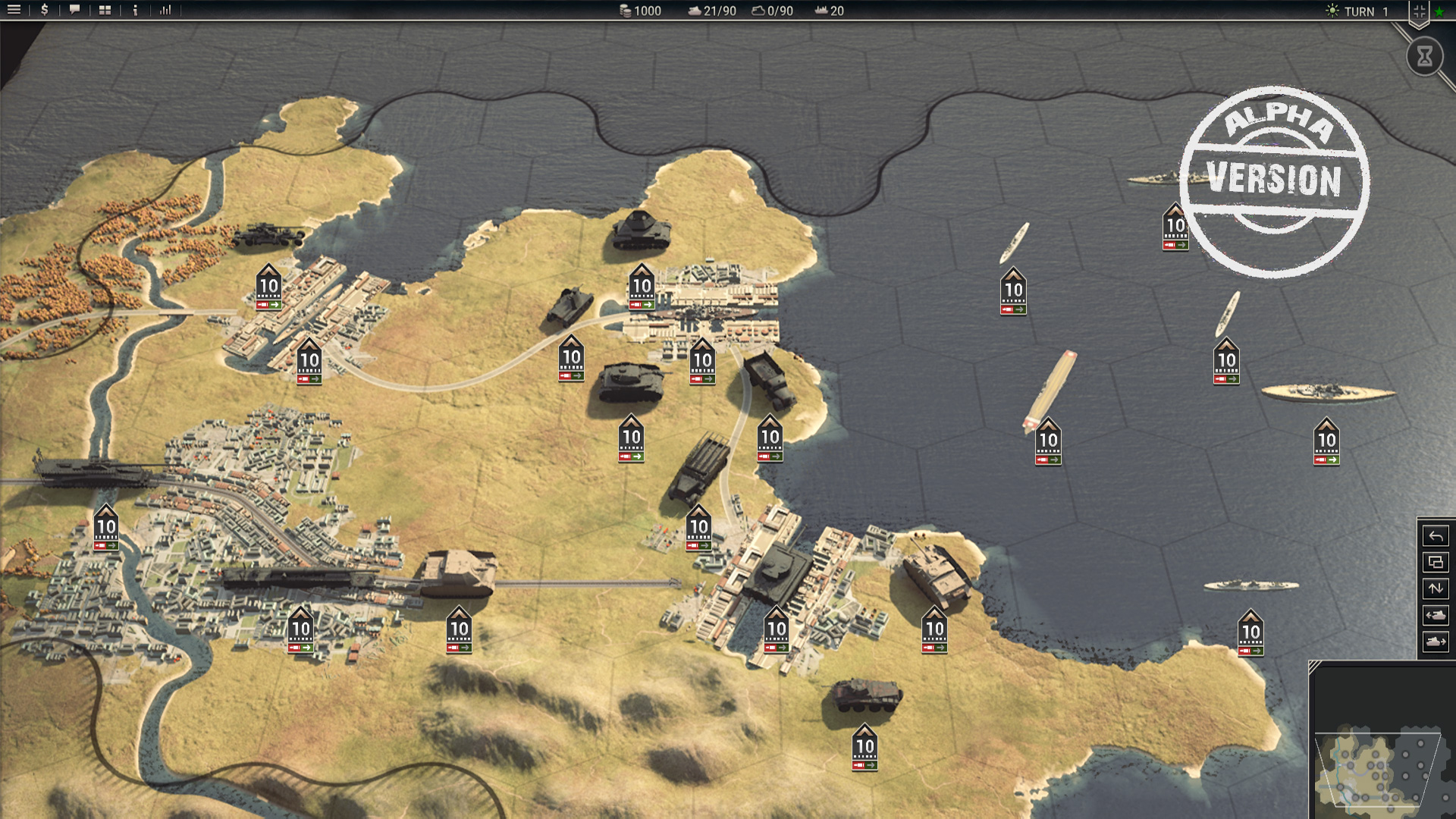 Awards are also getting a significant overhaul. In Panzer Corps awards were purely decorative and represented elite veteran units, even if they lost their experience in a series of green replacements. But we felt that as a gameplay mechanic, awards were wasted to a large extent.

In Panzer Corps 2 awards will not be given for a certain number of kills (which all units in the core achieve eventually, and often at about the same time), but for doing something outstanding on the battlefield. For example, for killing a certain number of units in a single scenario, or for surviving several attacks in a single turn.
Each award earned like this will not only be a memorable text note in unit’s dossier but will also give a small bonus to various stats. Unlike heroes, awards cannot be transferred between units.

Bonus (SE) units as such are eliminated from the game. We felt that they were redundant since we are introducing a number of new mechanics.

First, some heroes can have a special ability to reduce the number of slots occupied by the unit to zero, which would mimic the most important trait of bonus units, but will also allow you to apply this trait to any unit in the core.
Second, we introduce the concept of prototypes. Prototypes are more advanced and cool units which can be made available to you before their “official” availability date in limited numbers. Prototypes can appear randomly, or based on various conditions, meeting secondary objectives etc. They are available directly in Purchase interface and can be used to raise new units or replace and upgrade existing ones until you run out of available points. Just as in real life, prototypes can have reliability problems, which are shown in the game by occasional loss of move points and attack action at the beginning of a turn.

Finally, in Panzer Corps 2 it is possible to assign any custom camouflage and insignia to any unit in the core, including the characteristic “SE” camouflage from Panzer Corps, in order to give them some visual distinction.

Naval, air and rail transports remain essentially the same. You have a pool of available transports, and you can embark on them in the right hexes (ports for naval transports, airfields for air transports etc.). But there is one small change which will fundamentally change how all these transports are used.

In Panzer Corps, a unit must have unused move action in order to embark. If you have 10 units and a single embarkation point, you would need 10 turns (!) to embark this whole group.
In Panzer Corps 2 embark command only spends attack action. You can move into a port or airfield, embark and move out, all in a single turn. The same group of 10 units could be embarked in a single turn. We expect that this change will make transports a much more useful strategic and tactical asset, especially on fictional random maps with a lot of sea, lakes and islands. You still cannot disembark on the same turn you embarked on, so your opponent has a chance to react and catch your units in defenceless transports on the move.