Welcome to the third Dev Diary of Panzer Corps 2! This time we’ll focus on aspects which were left out in the previous two diaries. As previously, though, we’ll treat them in a rather generalistic way, but from the next dev diary onwards you can expect more in-depth information about specific areas of the game.

Despite a significant change in underlying technology (3D and Unreal Engine), we have tried to preserve the same general approach to graphics which always worked so well in past games. Terrain is clean and unobtrusive, and units are big, crystal-clear and stand out well from the map. This is important when the game has hundreds of different units, and the player must be able to distinguish them all at a glance. That’s why we never considered showing several smaller models for a single unit, which might look more “real”, but ultimately is not usable in this kind of a game.

As for terrain, we have drawn a lot of inspiration from Panzer General 2, which was widely considered the most beautiful in the old Panzer General series. At the same time, our maps are not hand drawn or otherwise constructed from small atomic elements, and so they are much quicker to create.

The UI in Panzer Corps 2 is a huge step forward in terms of functionality and usability when compared to its predecessor. It can scale to any monitor size (all assets are done in 4K and scale to the required size), adapt to any screen ratio, and allows scaling of certain elements (like the unit list and the minimap) to make the best use of screen space on any monitor, from square to super-wide or multiple monitor configuration.

We are making sure that all information about unit stats, traits, game rules etc. is available directly on screen or in the tooltips and is easy to find. All commands will also be available on the screen and easily discoverable, without relying on hot keys and other obscure means to invoke a function. We can’t wait to show the new UI in action. 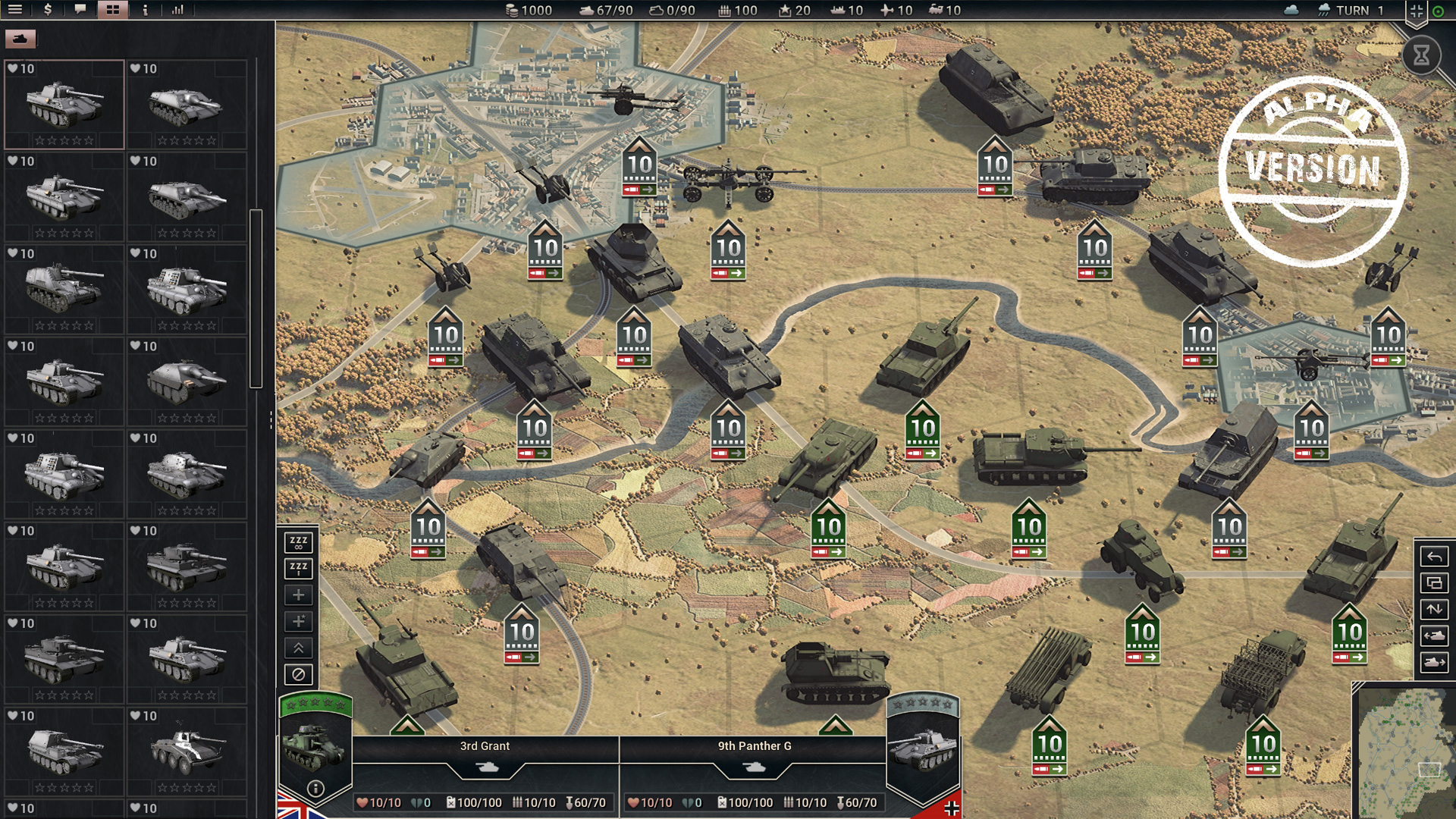 Panzer Corps did not require the player to do a lot of routine micromanagement, but in the sequel we have tried to reduce it even further. For example, the player no longer needs to use “Supply” button manually. All units will receive their supply (fuel and ammo) automatically, as long as supply is possible.

The AI in Panzer Corps 2 is a complete rewrite, it does not reuse any code from Panzer Corps, and it uses some more advanced approaches. This means that the sequel will feature a new, completely different AI opponent.

The new AI is designed and implemented with random maps and random campaigns in mind. This means that it cannot rely on AI scripting at all. It must be able to figure out the structure of any map on its own, achieve any kind of scenario objective and try to prevent the opponent from doing the same. It can also purchase and deploy its whole army in case there are no preconfigured units in a given scenario.

On the other hand, AI scripting options in Panzer Corps 2 are also richer than in its predecessor. This means that it is possible to fine-tune the AI to exact desired behavior, which can be useful in a historical setting.

Modding community of Panzer Corps was always strong and vibrant, and we are fully committed to making Panzer Corps 2 a modder-friendly game as well. Panzer Corps 2 will include the editor from day one, and this editor will be even easier to use than the editor in Panzer Corps. Although the new map engine is 3D, scenario designer still only needs to specify terrain type for each hex, and the rest of the map will be generated by the engine automatically. Other useful features not found in its predecessor are full support of Undo/Redo, group operations on hexes and units and much more streamlined interface for scripting and AI. At the same time, the designer can bypass all UI and write scripts directly in Lua language which requires a certain skill but gives immense flexibility and power in return.

Also, we are working on a proper mod manager which was sorely missing in Panzer Corps.

The main point we were trying to make in these three introductionary dev diaries is that Panzer Corps 2 is far from a mere facelift. While staying true to traditions of the series, our goal is to improve playing experience across the board, and every single aspect of the new game receives a lot of thought and attention. It’s a huge and very ambitious project for our small team, and we really want to make it right, so it is taking a lot of time. In fact, much more time than originally expected. In hindsight, we were a bit too optimistic with our estimations and should have probably delayed the announcement. So, please bear with us, and we sure hope that once the game is released, it will be worth the wait.

See you in the next dev diary!